WHO GIVES A FLYING COOT 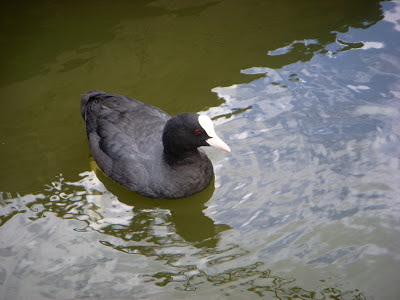 At the end of this week the vision of ‘The DolcieBlue’ is destined to be a reality as she is booked to be trucked from her birthplace in Long Itchington and dropped, I mean lowered, by crane into Mercia Marina. Luckily she is empty of life’s laundry apart from fenders and an engine, and we are very excited that we will finally have DB. She is a ‘Peachy’ coated steel superstructure for Chris to masterfully fit-out as our new home.

We are getting stir-crazy with the wait and the monotony of life on the . Our dream is to live on the ‘Cut’ but the day for that to happen is still an age away. While our life is physically active with dog walks around the and along the towpath we need some life on the ‘outside’. It sounds a bit like we are incarcerated!

Spontaneity used to be our second name and as a restorative approach we have decided to go for a mini break on the ‘Cut’ next week. We need the freshness of the outside Narrowboat world so we have arranged a small adventure to discover a new but old canal or two. We'll moor DB in her “Design-n-Destiny” berth to await 'Stage 1'.

Plan is for us to stock up on positive vibes and return refreshed, ready for a new start.

GET THE COOT OUT OF HERE! 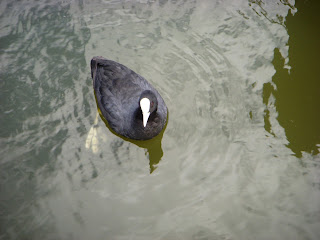 Posted by The Blondinis afloat at 13:56 No comments:

Today was the day and it arrived and is about to be over! We were going to take physical possession of DolcieBlue today. The planning had been dotted and crossed, her shell had been completed and paid for and DB was scheduled to be delivered sometime today. The truck to carry her and the crane to hoist and drop her were booked. Cool bananas. But, alas, the peachy paint job that was brushed on to her was lacking a magic formula and corroded around her shell 48 hours after application. Bugger damn & blast are appropriate words. Chris had visited DB on Monday and all seemed ticketyboo. The following day we found out the plans were thwarted by a lack of additive in the paint. No one to blame, no need to run, it just happened. On a positive note she has been sanded and smoothed and rubbed and cajoled, well I’m getting carried away I don’t think she had been cajoled.

Today, her date of scheduled delivery, we woke early really early aware that she was not going to arrive. Oh, I suppose it was best that there had been a blip as the weather was overcast and there were drops of late April showers. Chris and I decided to go and visit DB, see for our own eyes what had happened and leave the ladder and work mate that we were carrying around in the car in preparation for the next stage of her fit out. Well we need space in the car and we don’t have space on AM and mostly we wanted an excuse to visit DB and check out, in person, what had happened.

It was the first time I had seen DB after her peachy paint job and from a distance I love her colour. The room that holds AM was empty when we arrived. I had been thinking we could revert to the beige colour for DB but when I saw her peachy brightness Chris and I agreed that we should keep her that colour. It is different and glows not in a neon way but a warm way. I am not aware of seeing a colour like hers on the canal and we like to be a little different. Up close I could see why she wasn't fit for delivery. It was like a form of excema. I really felt for Gary and his blokes, it must be a nightmare for them. The guys are getting on with stripping AM of paint. Not my cup of tea working with white spirits, it is a headache in the making for the end of the day. We went and got them a few beers just in case they needed to pander their headaches.

I’m not going to post a photo as I want to have the impact on the day of her launch, so to speak. So that is it as far as DB. Watch this space…..28 June is now the appointed date for her arrival.

Fingers Crossed.
Posted by The Blondinis afloat at 15:16 No comments: