ON THE ROAD AGAIN

Day by day counts slowly in comparison to the flight of weeks! It is close to yesterday that I penned my last blog but the words have become a distant memory.

An update from then until now will put the Blog back on track. We had the brief reality of winning an auction for a widebeam. The seller’s non contact approach was strange but we resisted applying any pressure. My sleuthing nature found the same said boat under auction on eBay. We contacted Apollo Duck for more information on the Auction we bid on. Apparently the ‘seller’ thought we had spammed the Auction and placed the blame with us. Yeah right der! What a Wally! Luckily we do not own another lump of steel.

We moored in Leamington Spa where we experienced more nerdish behaviour. Twice in one week we woke up to DB adrift on the canal. The first time DB had floated to the other side, a bit disconcerting when looking out the window and thinking I’m sure my view was to the towpath side when I went to bed. Oh well ha ha, we’ll move back to where we were. That’s when 3 mooring pegs became 2. Mooring pegs do not float and we have an uber-magnet to fish out metal ‘drops’ into the canal. We put the event down to our hammered peg angle  in the wet ground. Three days later and another morning! Chris called out “We’re adrift!” This time we were resting, at 645 hrs, in the style of a ‘barrier’ across the Grand Union Canal. This could not be a coincidence and now imaginations pictured bored youth picking on us.

A search in the murky depths for 2 mooring pegs was fruitless and we cruised along a few metres to a 48 hour mooring with rings and tied up without event. During this time we had to drive to Derby to finish clearing out our ‘Lock-Up’ facility on land we visited Midland Chandlers at Mercia Marina where we purchased new Mooring pegs in the shape of a lengthy P. Our mate at Midland’s knew Leamington Spa and said the sport of releasing mooring Pegs is not uncommon. Hopefully with this carry on, in future, we can be confident the rope will still be attached to the Peg and we can share the laugh at play time. 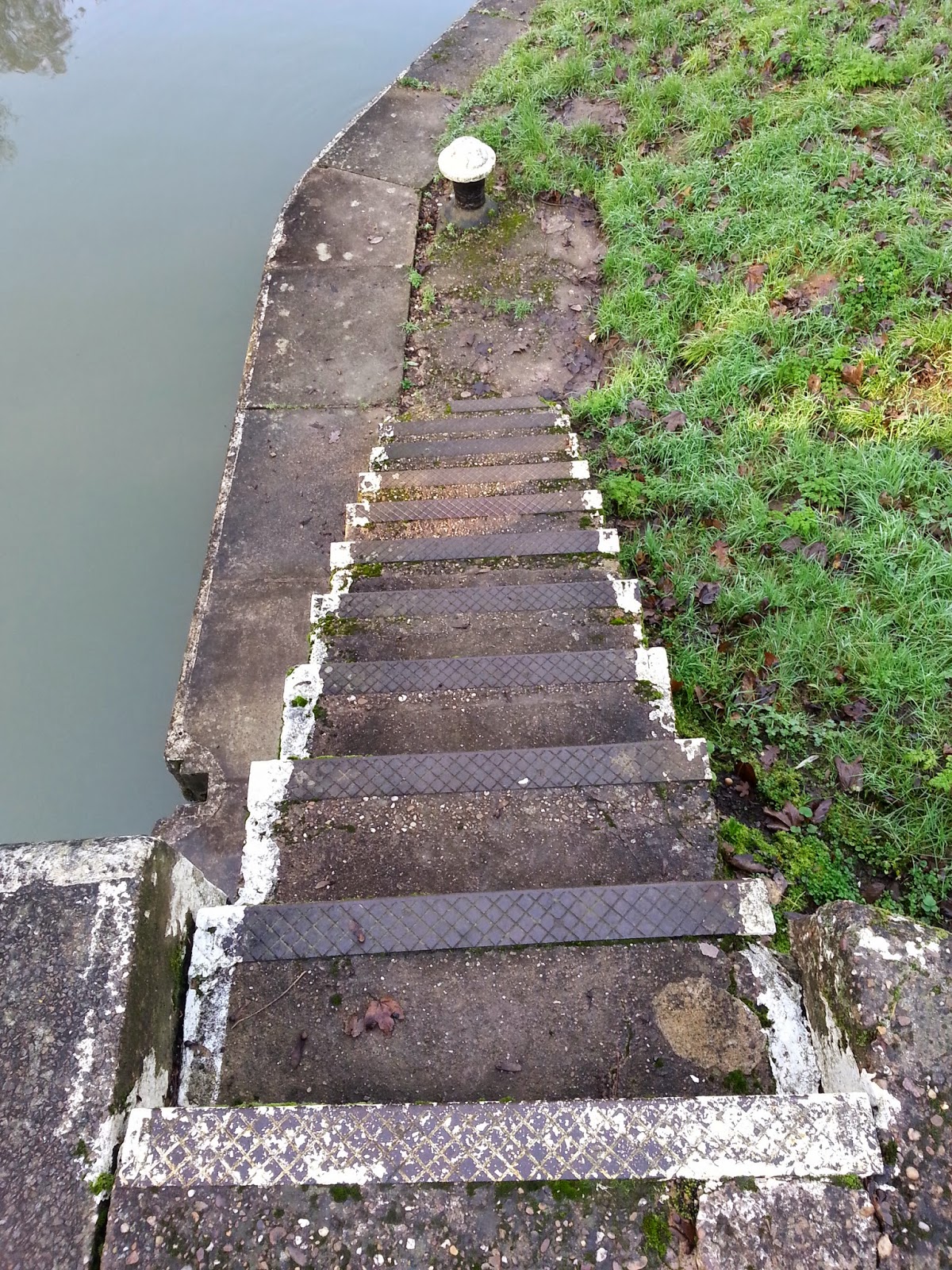 The mild autumn continued with a few patches of rain. The towpath becomes muddy and the hunt for ‘hard standing’ moorings is challenging. Gumboots (Wellingtons) are the best footwear choice and Della’s paw washer is a boon. DB’s floor is slowly being covered with my collection of cotton rag woven rugs. It is pointless to mop indoors. 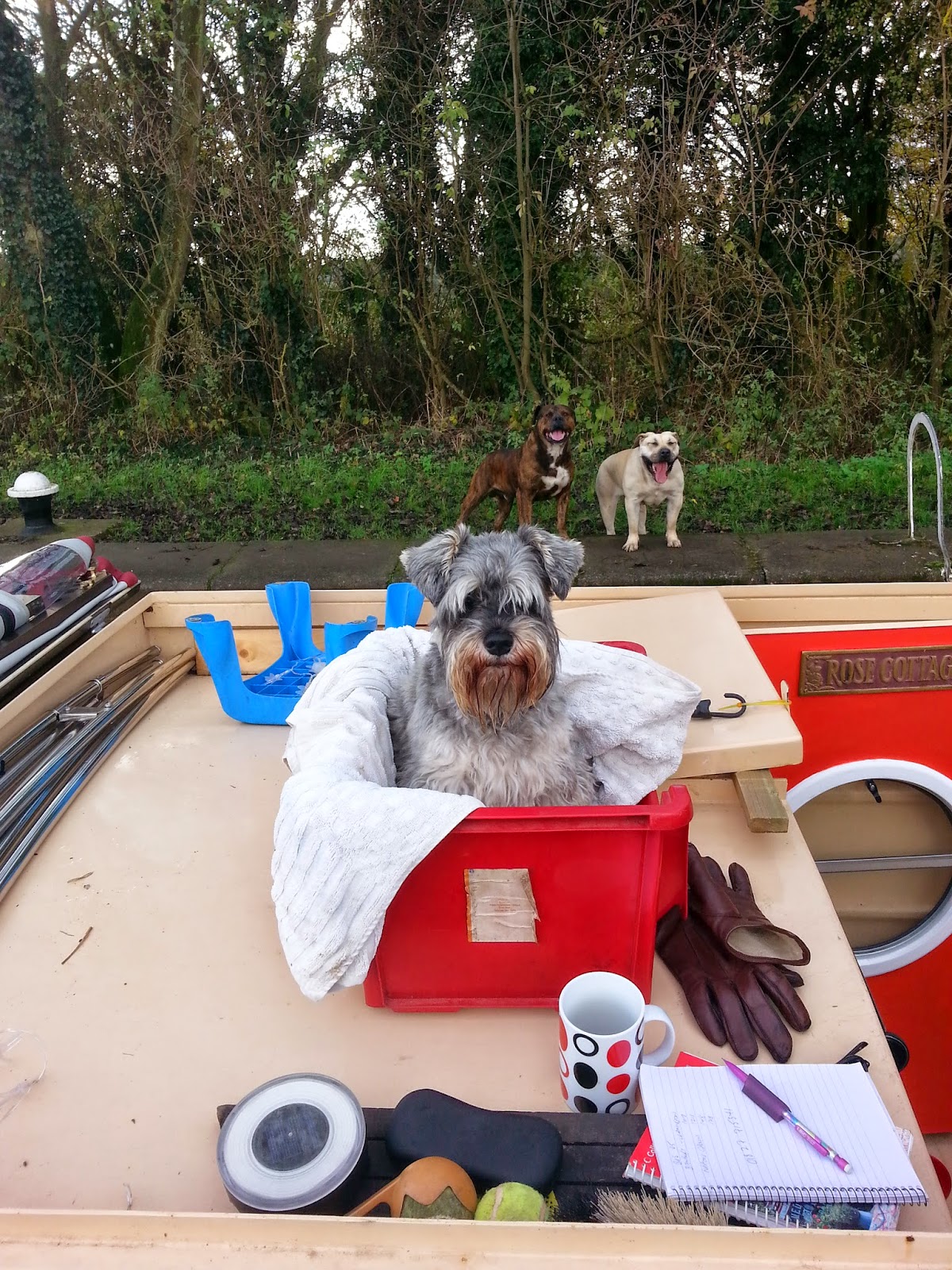 We avoided the rain the day we left Leamington Spa and I trudged my way up the Fosse Locks. The two Bull Mastiff dogs were still hanging around one of the Locks and Animal Services at Stratford Council received a call from us. I’m sure the dogs are fine but they give out a threatening vibe and the last thing I needed was a wet muzzle sniffing my news.

Next day we worked our way up the Stockton Locks eventually to return to the top of the southern branch of the Oxford Canal to moor at Napton-on-the-Hill near the bottom lock, where we had arranged to meet family from NZ. We knew the Napton locks were closed with the bottom locks under repair and it turned out advantageous for us as after a night on a muddy mooring we reversed to a slot by one of the two water points which was on stony puddled ground where we stayed for a few days. Of course we were considerate and consulted other moorers and a person wearing a C&RT jacket.

It was a fantastic frosty day the day we took our family on a day cruise back along the Grand Union Canal and down the 3 locks by Calcutt Marina including a cruise past some Boat-candy in the Marina. The names on the boats were, at times, a source of amusement. 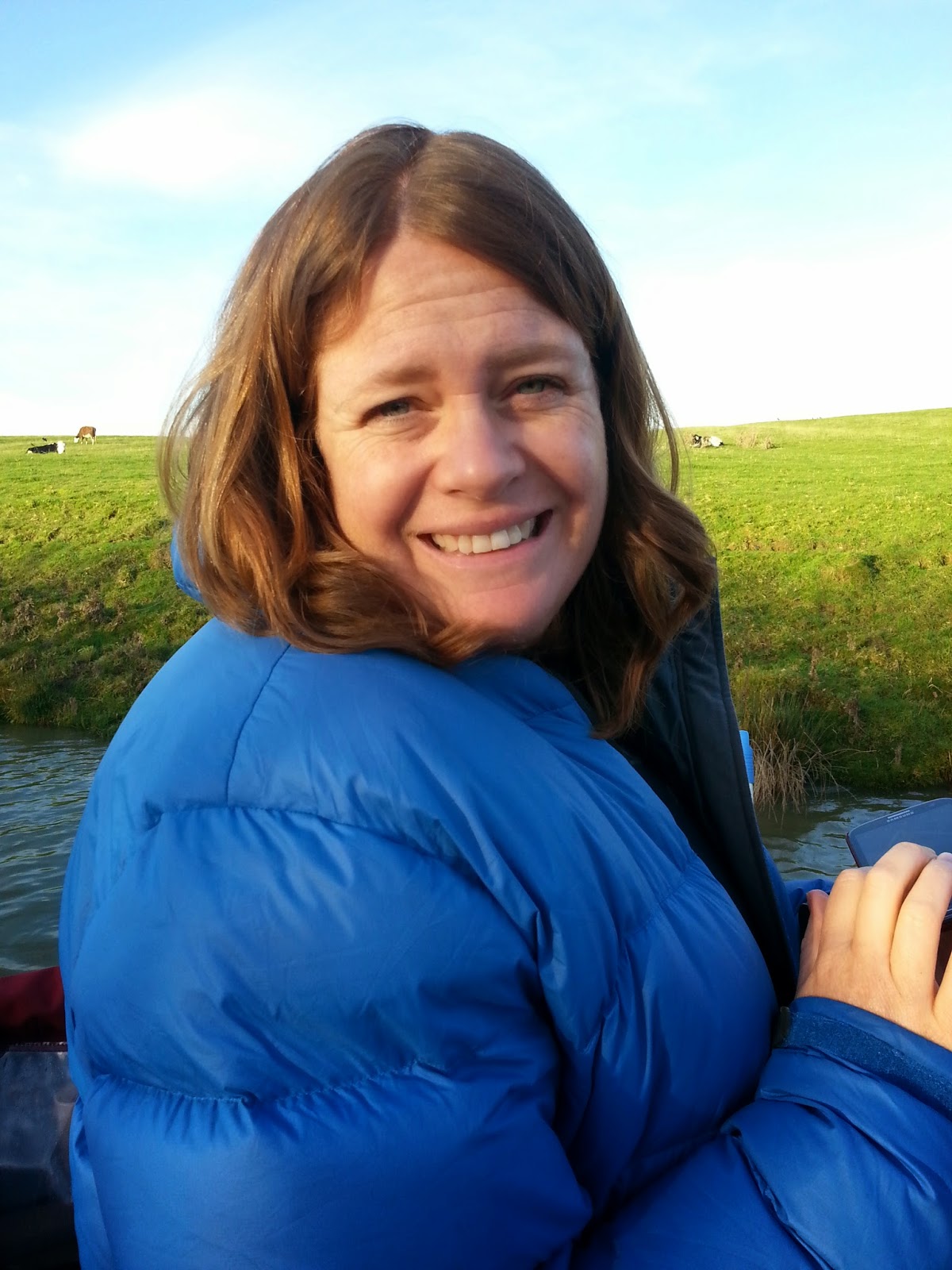 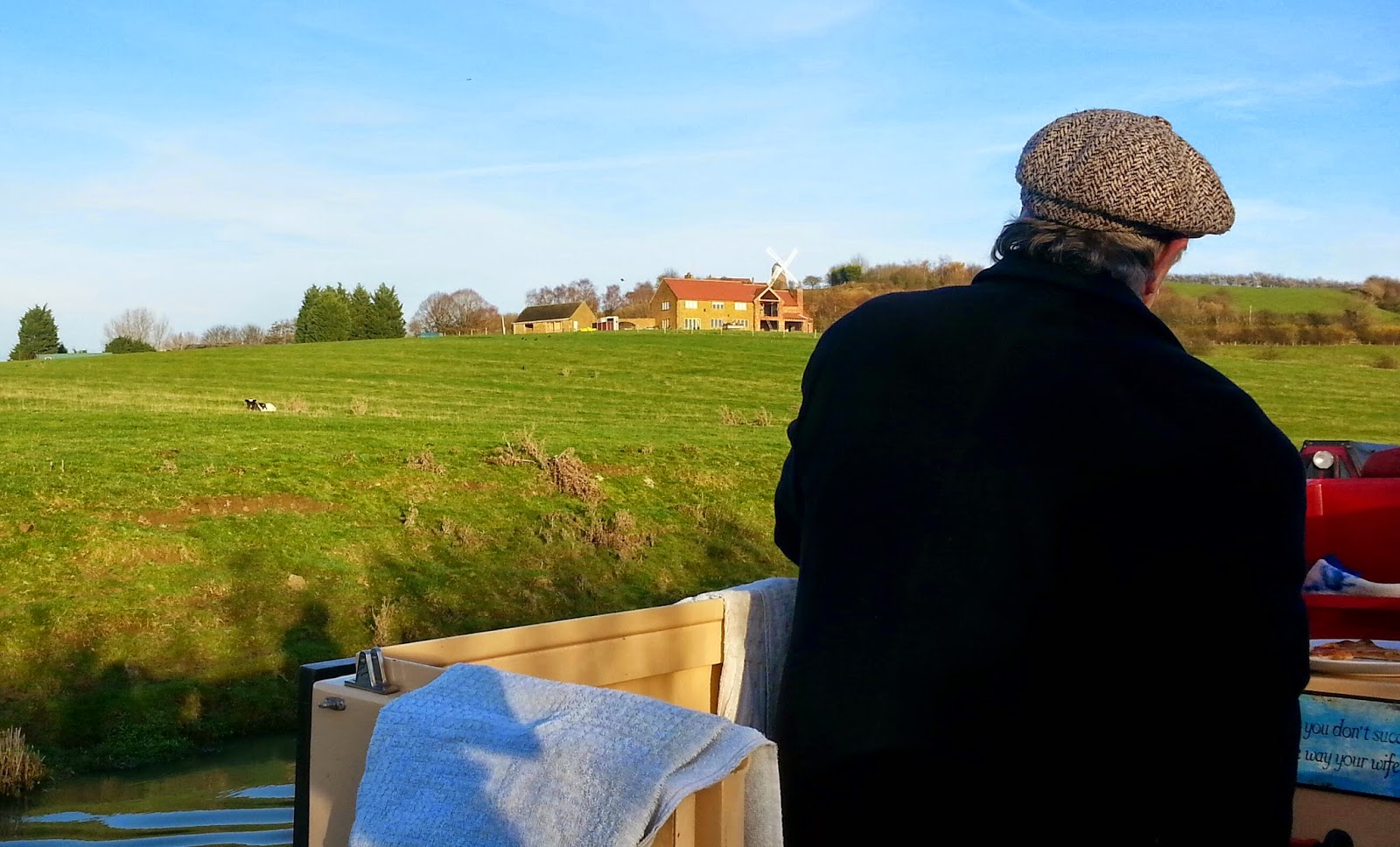 What goes down must go up and we did our final three locks of 2014 and cruised back to our illicit mooring at Napton to drop off our crew who were staying at the very comfortable and warm Converted Stable at the bottom lock Napton-on-the-Hill. A big thank you to Nigel for accommodating our large family. The nearby Folly Inn fed us delicious home cooked food and a good time was had by all.

Back to the three of us, we cruised along the Oxford / Grand Union Canal to Braunston and turned to Port to enter the Oxford Canal where we moored for a few days to get a bit of work done on DB. The living area has been wall papered, the inside frame on the entrance door has been painted, the ‘dodger’ stern wrap has been sent for repair, and the bedroom porthole frames have been sent off to be extended.

Our 2014 Seven Month Canal and River Odyssey ends with Nb DolcieBlue tied up in an understated way but with safety at Barby Marina. 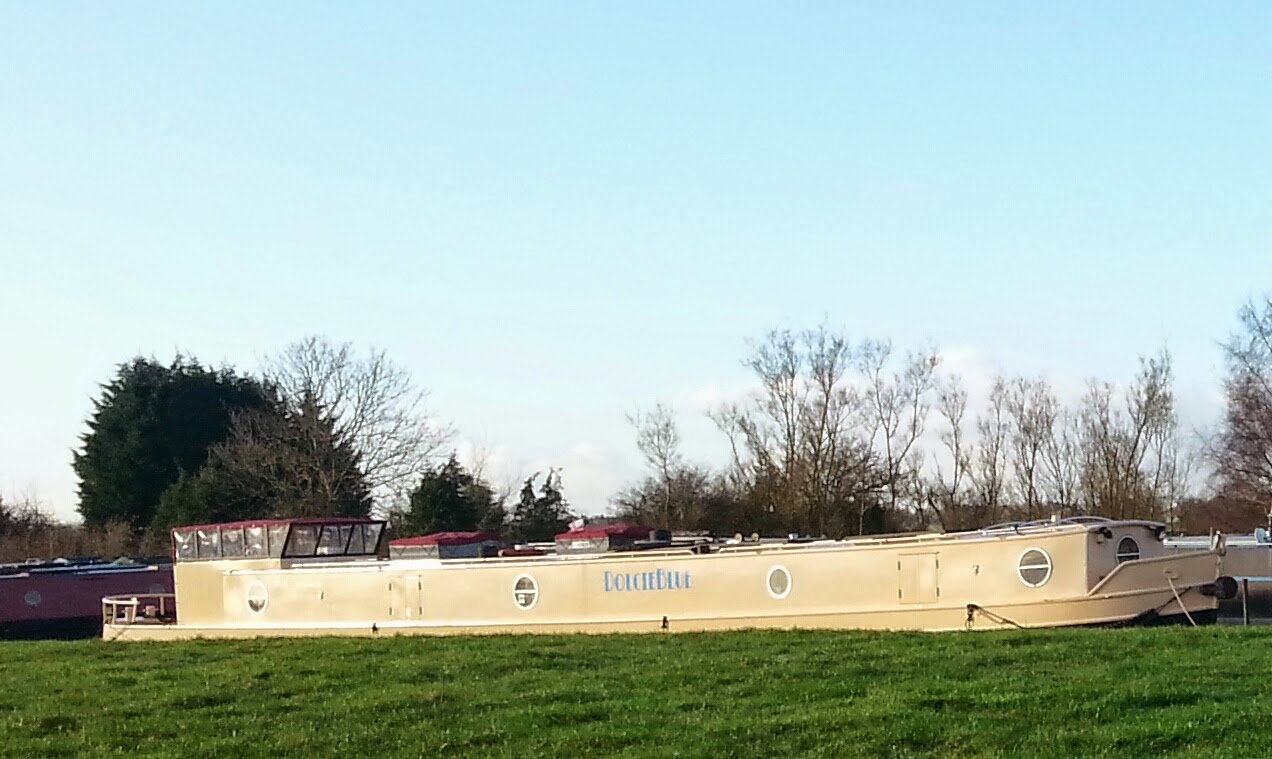 In contrast we, boarded our red boat on wheels, packed to the gunwhales, and drove to the sunny blue skies of the Costa Blanca Spain where winter becomes a past memory. 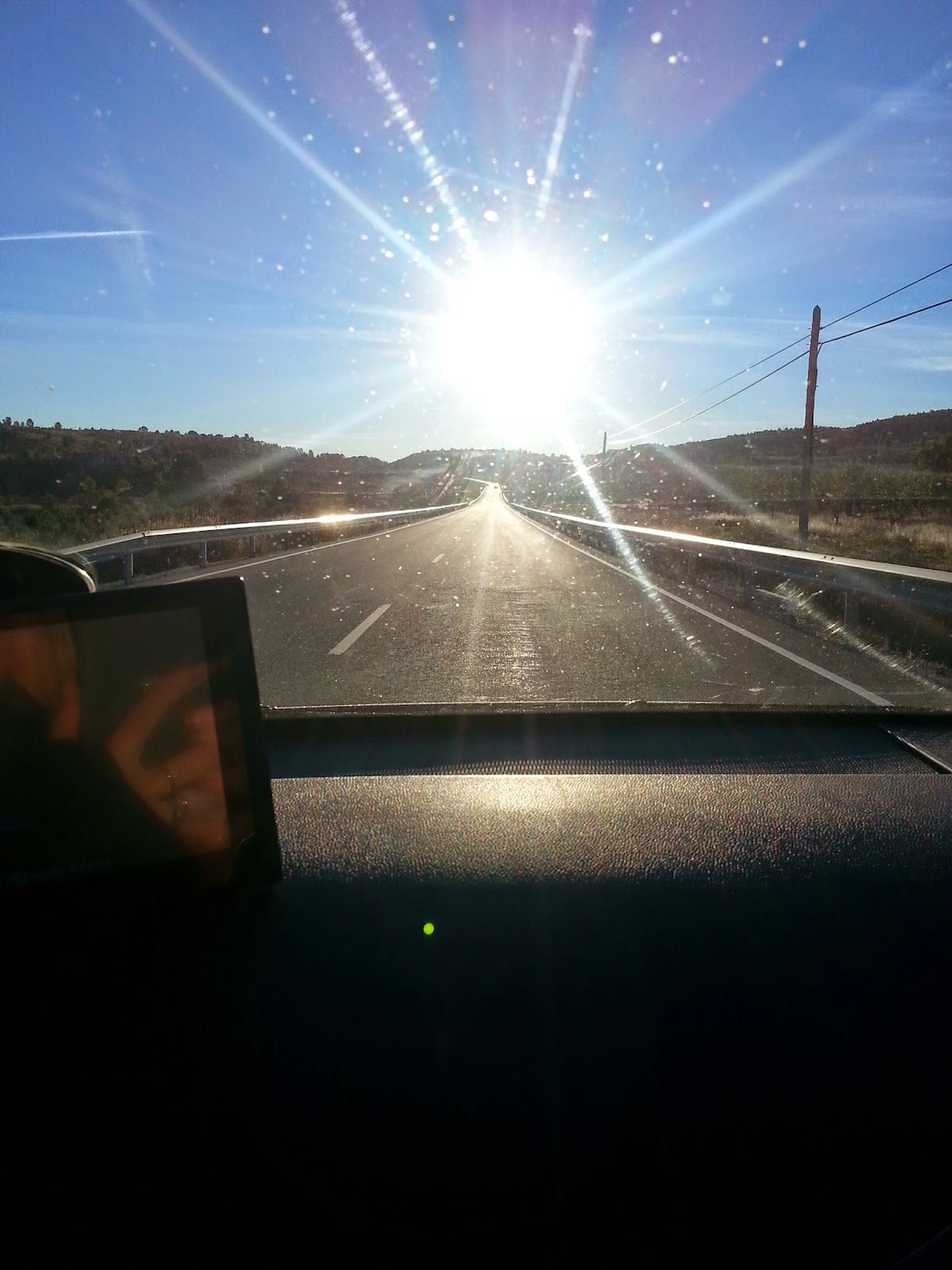 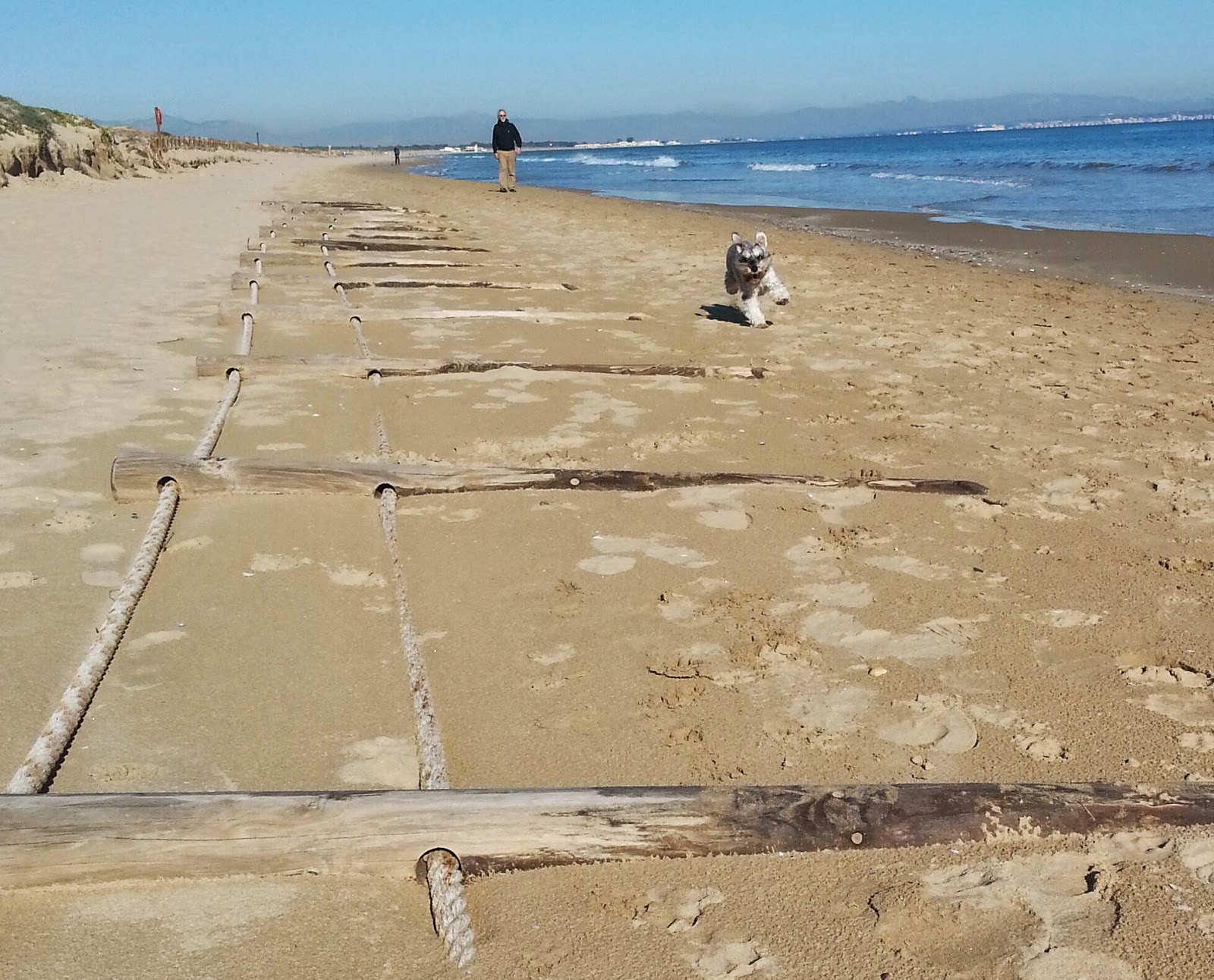 Posted by The Blondinis afloat at 09:23 No comments: