You Always Take The Weather With you. 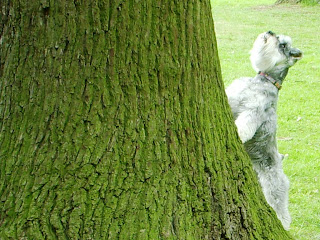 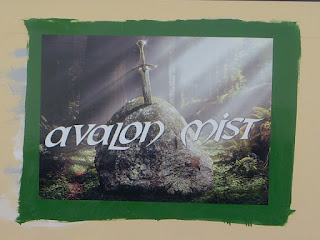 The early evening of the 27th hosted blue sunny calm skies and Chris raised the cratch cover over the Bow so we could enjoy open views and watch Dave, our smiling neighbour, throwing his maggots and casting his rod.

Dusk turned to night, the air was humid and the Bow was uncovered. I woke in the mid early morning (0330) and heard rain falling. I commented to Chris (“It’s raining.”)And then I thought I should go and check it out. It was definitely raining and I decided to let the cratch cover down and secure it almost water tight. I won’t tell you what I rescued on the Bow from the prospect of the Dryer. No heroics. There were minor measures I could make but I figured it was no big deal. This morning I got it all sorted and the rain had stopped. Feeling confident we were back to normal under these persistent rainy conditions, I was not concerned about the darkening skies and a bit of thunder and lightning don’t bother us, including Della. With the Electrical storm passing, I did think I was glad we weren’t the tallest boat in the , and we didn’t have a mounted steel pole on the roof.

I’ve been in electrical storms that I remember spooked me when we lived in but they passed by. October 26 1997 was the mother of all storms.(One of the worst floods ever recorded in our district) A 5 hour Mother Nature Extravaganza resulted in nearly 280mm of rainfall that caused widespread destruction along our region’s valleys. I remember waking up in the middle of the night being in the midst of an electrical storm. I did have my earplugs in so the sound was there but subdued. Lightning lit up 3 sides of the house. (The back wall didn’t have windows!) Then throughout the night I woke to the sound of heavy unrelenting rain and it was miserable. At first light Chris got up to investigate. He came back perplexed as he described the state of our lower terraces. A massive river raged and our Well (our water source) was buried, The uprooted floating trees had had a hammer-like attack on any obstacle that was in their way. That was some storm and our valley was temporarily decimated.

So, today, the storm that passed over the was heavy but for me, not scary. It has caused some damage in the local shires but not in our boat world. A nearby ‘Boat- on -Wheels’, as I call it, car park is slightly under water and drivers need to wear gumboots (yes I know you Poms call them ) or webbed feet to get to their 4 wheels. Feelings on the were grave as to the severity of the storm and some people I spoke with thought it was the worst storm they’d experienced. We are lucky that Della doesn’t react to the sound of thunder or fireworks. She’ll just sigh and go back to sleep, although 5 November, last year, I remember she went outside to check the boundaries while the mini explosions were in full swing. No negative aftereffects for her!

The journey of the Olympic Flame is approaching us. It arrives in , tomorrow and then passes nearby us on Saturday. We’ll be pressed to catch it but we are thinking a journey up canal to on Saturday is highly likely. By the time we get to , the flame will be heading in the direction of Melton Mowbray (Pork Pie land). We have Geoff & Jane arriving, tomorrow, for an overnighter. So we are planning to give them a gentle Canal-taster. If the weather can be a little kind we will pick them up by A.M. in Willington and then head to Stenson Lock and a little beyond. Della is keen to go to our local, tomorrow night, so we’ll ‘wind’ and return to the . With favourable weather conditions on Saturday we’ll head towards and see if they can track down the Olympic Flame. If the weather is infavourable we won’t go to !
Posted by The Blondinis afloat at 15:41