Day 1...Chris planned a great drive to ‘Home-Base’ Los Montesinos which took 6 days including the Newhaven to Dieppe crossing La Manche on the DFDS ferry. We left Keith, mate, in LA (LittlehAmpton) and drove the congested road in the direction of Brighton. The ‘Keep the Guard on the Train’ Southern Railway strike, that day, meant an increase in car traffic. We arrived with plenty of time to check in for the ferry and we were well placed for a quick exit into France. The crossing took 4 hours and we arrived in the rain.

Chris had booked accommodation for the road journey on Bookings.com and his plan was to avoid pay motorways and motorways, in general, in France. Not an easy drive, as daylight faded, on the country roads and there were bundles of fallen leaves covering the road markings. The road signs were awkward to read as our car head beam of light made the reflective background dazzle. I was happy when we got to our destination, guided by SatNav, in Normandy, a town called Juvigny-sous-Andaine and I had to unlock a bit of my ‘froggy’ lingo stored in the depths of my white matter to get instructions to locate our booked accommodation. I almost got it but not quite and had to return to have the instructions repeated.  “Merci beaucoup.”  The drive took about 3 hours and we decided, next time to book accommodation more accessible to Dieppe and keep the rural driving for daylight!

Day 2 was, at times rural, but we passed through some familiar territory, once upon a time we and 7 friends had bought a ‘doer-upper’ in the region of Maine et Loire. Another story, but as we were driving along I recognised some of the towns and then we were on the outskirts of Segré,
a place I remember visiting EDF (Electricité de France), to make a contract for electricity on one Easter Friday and they gave us little gifts of chocolate and stationary.
We were told it was not the French-way to be using electricity without a contract as we had been doing for about a year!! Oh the memories! 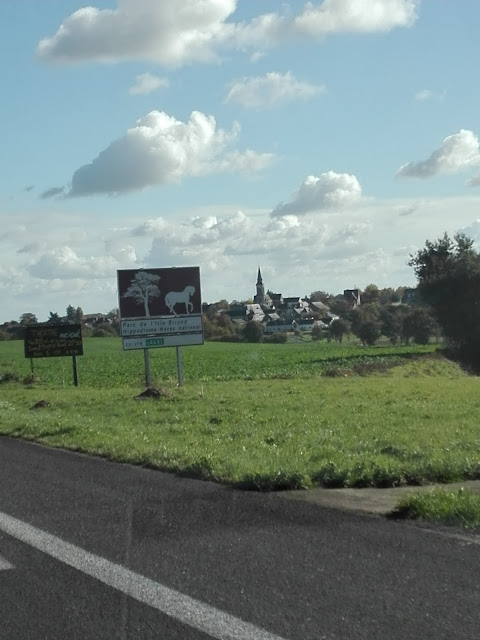 Our journey, on Day 2, took us to Lieu Dit Bois Bourdet, Souvigné east of Niort and another fab Bookings.com booking. Chris planned for our accommodation in France to be self-catering France tends to shut down early evening and we did not want to be driving out to find somewhere closed for dinner so we prepared simple food. Actually, I made a sizeable Bacon & Egg pie for the trip, it was simple to prepare and lush to eat. I think a healthy handful of bacon, ½ dozen eggs, and Crème Fraiche baked inside a wrapping of flaky pastry did the trick.

Della went off to explore while we talked, outdoors, with the BnB owner, and we were greeted minutes later by 2 chickens running for their lives being chased by Della! She stopped, as soon as Chris gave her strong words that this was not acceptable! 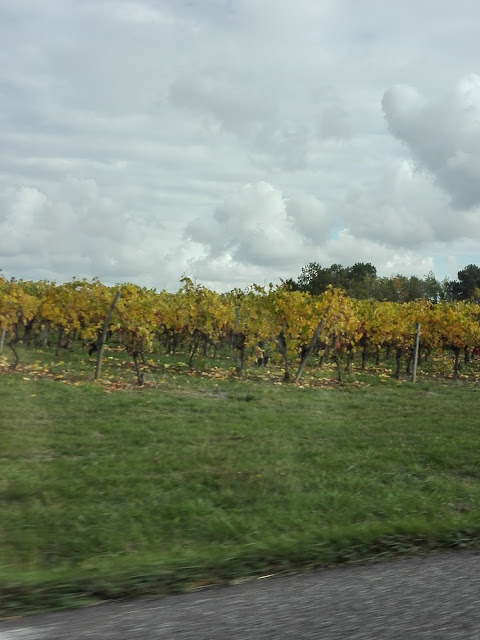 Day 3, and the weather was fine but cold so we got underway, early morning, to head south. We were going to avoid Bordeaux and SatNav took us on to the free N10 motorway and some kilometres later we were back on the little roads passing vineyard after vineyard to get to Saint-Sernin, in the Aquitaine Region, close to Bergerac. Yet another lovely stop with great rural accommodation. If you want details of where we stayed, in France, please message me. Our drive took about 3 hours and I enjoyed viewing the countryside as we drove along.

Day 4, this was the day we go through the 8.6km Tunnel du Somport into Spain.

Well that was the plan but SatNav took us on the ring road around Pau and then we got lost, sort of, and began climbing Les Pyrénees.

We knew this didn’t feel right but we got so far and thought we’d carry on. I’m pleased the unexpected happened because if it had been suggested to drive over the Pyrenees I would have chosen the Tunnel. The sleety snow began to fall and the mountains, when we saw them, were amazing. This is a sight not to miss and the road was excellent, winding and narrow on the French side and in Spain it was wide in good condition, as Spanish roads are. 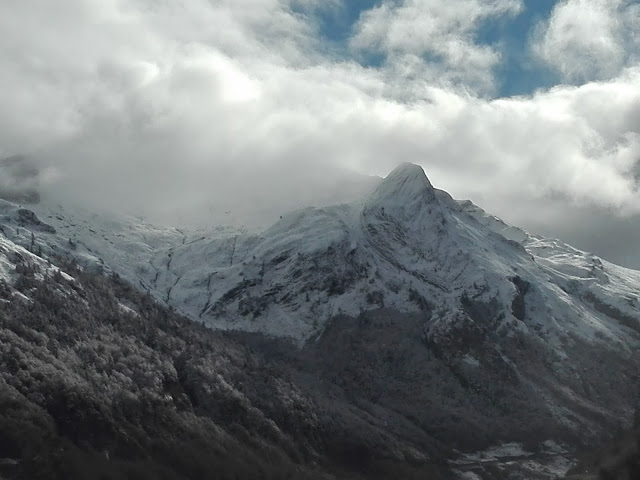 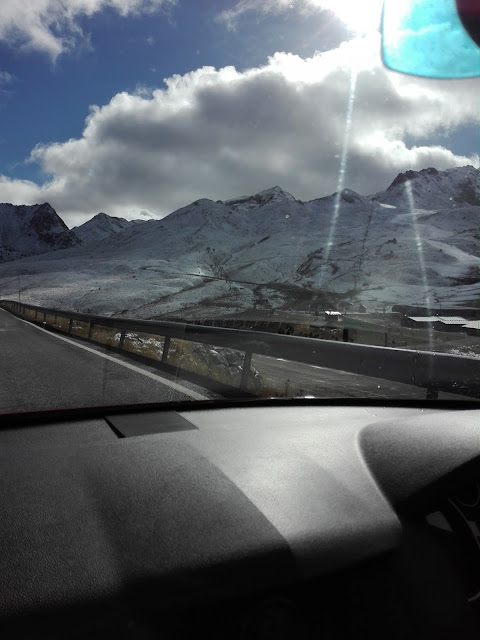 That night we were in Huesca and I wouldn’t rate our accommodation.

Day 5 and we were early to get on the road again heading to Cuenca. We could have, easily, got to Los Montesinos but Chris had booked the last night of the journey to be in Cuenca. The Hotel receptionist gave us a map of Cuenca marking a walk around town that she said would take us 25 minutes. I had no idea that Cuenca was a historic walled town founded by Moors! This is what we saw!


Day 6, and our last day of looking ahead seated in the red car. It was a short drive, less than 3 hours, and as we drove along, the grey sky became blue and the outdoor temperature went up about 12 degrees. I was getting excited about getting to our home in Los Montesinos.

We had left our Apartment, in March, all ready for our return. A change from last year when we had had to set up our new home and deal with all that entails! Now it feels like luxury on land for us. No ropes to tie and the neighbours, touch wood, have quietened down.

I liken our Apartment to a wide beam boat as its living space is 12ft (3.7m) wide and not far off 70ft (21m) in length! We fit into it well and we look out towards the Torrevieja Salt Lake (Salinas de Torrevieja).

It’s not exotic, but I’m not complaining it is my winter home and it is low maintenance and better than a season of muddy towpaths!

I think I’ll name this season of my Blog, ‘LANDED WIDE BEAM’ (LWB).

Posted by The Blondinis afloat at 03:04