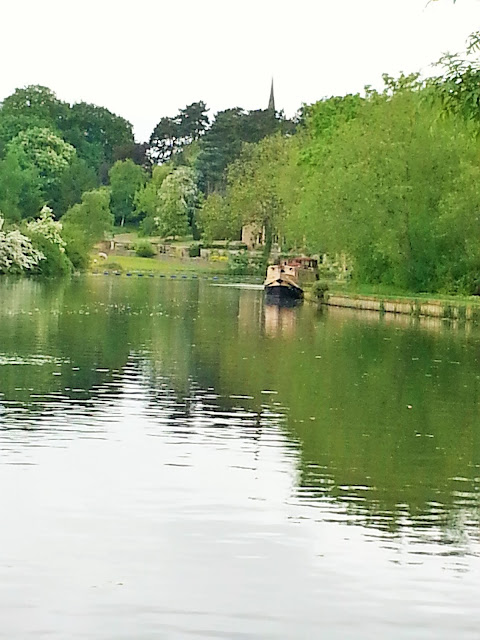 Dentist done and dusted, we thought, now it’s onwards and upwards so to speak. It was 12 miles up the Trent & Mersey Canal to get to the River Soar. A repeat of last year’s intrepid journey, maybe. We have to be at Market Harborough mid June and then who knows. It felt comfortable almost exciting to be cruising the quiet Trent & Mersey from Stenson. Volunteers, familiar Mercia Marina faces, were keen to work Stenson Lock and told me to get back on board thank you very much. Bye and we were chugging along voluntarily paired with another Narrowboat. They were in no rush and we shared the Locks until Shardlow.

At Swarkestone Lock (10’11”) I asked a fit gongoozler to help me close a gate as no amount of my strength could budge it. At Weston Lock (10’11”) I was helped by a young woman while her father was moored at the Water Point. They had just come through the Lock and she was keen to pass the time of day helping us. We had to wind the paddle, on one gate, with two pairs of hands on the windlass. I noticed her Dad waving out to get her attention indicating they were ready to move on.

“Do you want to go back to your boat? I appreciate your assistance with the Lock but you don’t need to stay.” I said.

“No, I’ll stay and help you open the Lock gates.” She said.

Her Dad waves his arms again.

With that, the gates open she walked purposefully back to her Dad and boat.

Aston Lock is an 8’1” deep lock before Shardlow and the Lock was in our favour. The man and boy waiting to come up the Lock on their boat offered to work the Lock for us so I got back on board, thanking them of course. DB and our ‘team’ boat went down as we should until both boats started listing in to each other as the Lock was almost empty. We should still be floating and not touched the bottom of the Lock. We were not caught on the ‘Sill’. It was spooky. We all yelled up to the guys at the Lock gates “Drop the Paddles!!! DROP THE PADDLES!!!” They had no idea what we were saying and began opening the gates. We sensed an urgency to get the boats floating level. Me and the chap from the other boat in the Lock clambered onto the roof and climbed the Lock Ladder. I raced to the opening Gates, telling the guys “Shut the Gates and drop the paddles!” I raced to the other gates and wound up the Ground Paddle and the Gate Paddle with care. Thankfully our boats, in the Lock returned to a level position. We have no idea what caused the problem. As chance would have it the Canals & Rivers Trust (C&RT) appeared on the scene as we were fixing our problem. Maybe they knew about it, maybe they didn’t but they surely did now!

This was definitely a learning experience for me and made me aware of the need of taking responsibility when the boat is in the Lock. All well and good letting others do the labouring but my heart doesn’t need a repeat of that stress. Serious Lady Lock-n-Lol.

One more Lock incident, that day, before I put this Blog to bed was the event of the holiday makers who had picked up their Canal Boat and had had no physical instruction on Lock operation. They had watched the video but reported in their excitement they hadn’t watched it. As the Lock was in their favour, I didn’t turn a blind eye as they appeared around the bend. To say there approach to the Lock wasn’t erratic would be far from the truth. Four people got off the boat, having a laugh, and no sign of any windlasses. They walked to the Lock.

“Have you got your Windlass?” I called out.

"Wait until your boat gets into the Lock. Have youse worked a Lock before?” I said.

“OK I’ll give you some instruction. We Boat people are nice people but look and learn. You need to take the Lock operation seriously.”

“Right the Bloke on the Tiller is The Captain and he is in command.”

“You, his partner, are the Admiral and you kids, well...”

They were willing to Lock and learn. A happy crew and their boat left the Lock.


We managed to get to our planned destination along the River Soar and moor up after Kegworth Deep Lock. A pretty spot we had found, last year. The air waves quickly reminded us that were on the flight path to nearby East Midlands Airport. 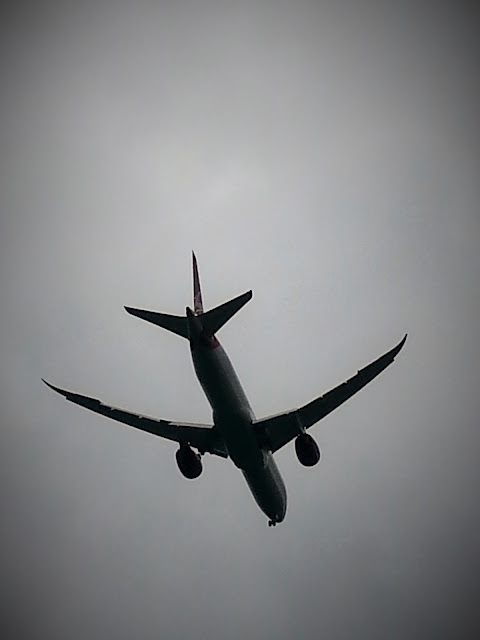 Posted by The Blondinis afloat at 07:03