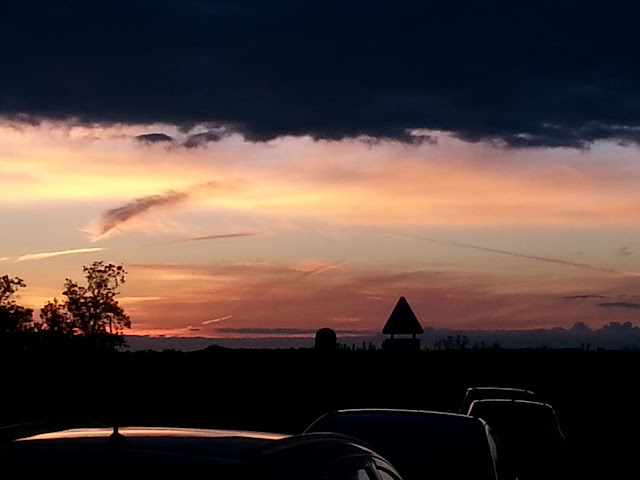 There were three things happening during our time moored at Braunston.

My birthday arrived, on the same date each year, and it is worth mentioning breakfast at Maria’s Kitchen a Portuguese Cafe in Daventry. A special morning with the proprietors bringing me a piece of cake with a lit candle and singing me “Parabens a voce...” the full Happy Birthday song in Portuguese. There are more words to the 2 verses than the repetitive “Happy Birthday to you...” English verse and the first verse translates 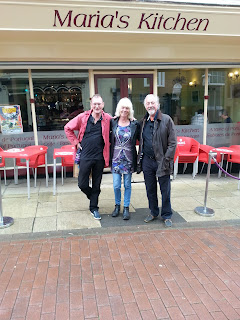 ‘Congratulations to you, this dear date, The very best wishes, all the years in your life.’

It brought a tear to my eye! 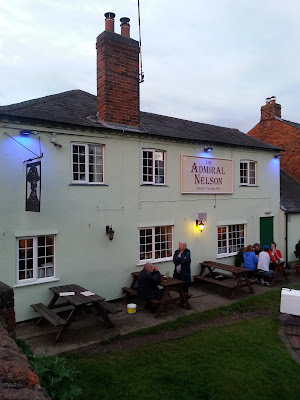 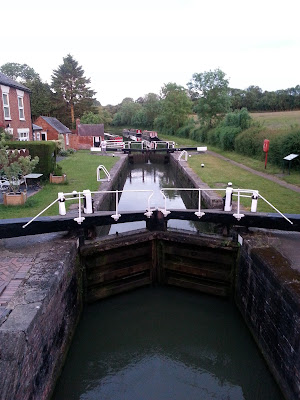 That evening we went to the Little Braunston Lock-side haunted Admiral Nelson Pub for dinner. Fabulous for the location (Braunston flight Lock Number 3), the service, top food and they were dog friendly.

The second thing we had do, while moored in Braunston, was de-clutter and re-pack our ‘Life Laundry’ that we had stored in our Caravan located nearby. I’ll briefly impart our caravan history.

We have owned 4 caravans over the last 20 years.

The first caravan was purchased, 1995, when we lived in Portugal. While not being aesthetically pleasing, it had a couple of attractive qualities, the first being its small gas fridge with an integral smaller than small freezer. The valley we lived in did not get electricity until 1998 and we were not going to spend a load of money on a big gas guzzling fridge / freezer. The fridge was moved into Rose Cottage, our nest. The bonus with the caravan was it became a spare bedroom. The caravan was sold some years later and the fridge, I have no idea what happened to it.

The next two caravans were bought in England. It made economic sense to fill a container with a couple of caravans and ship them to New Zealand. Another story but we did use the larger caravan as a spare room before we sold it and the other!

Number 4 caravan was purchased, last year, solely to store our treasures a.k.a life laundry that would not fit on DB. We have found a place for our ‘laundry’ and as I write this it is being delivered to España por favour, where later in the year the winter sun beckons us.

Number 4 Caravan now has a new owner. The day of the box collection, someone appeared at the caravan and made some comment about its appearance. I retorted with “It’s younger than you!” He laughed and bought the Caravan. All’s well that ends well.

Our caravan daze are over.

There was one remaining thing on our ‘To Do List’ to be done whilst moored in Braunston. It was to visit friends in London. This happened to be the same weekend as The 2015 Historic Boat Rally was happening on the Grand Union Canal in Braunston. We were on a 14 day mooring on the adjacent Oxford Canal and we had our car so why not drive the distance. It took us 2 hours to drive to London; it would have taken us a good 2 weeks by boat. A no-brainer, although the traffic on the motorway is mind blowing in comparison to boat traffic! We left DB for a couple of days in Braunston, she gets enough positive eye candy feedback, and watchful eyes to keep a watch on her!

We momentary ‘land lubbers’ had a splendid weekend in London. We were staying within walking distance of the River Thames and Della loves the park walks as do we. Always keen to cast an eye over the mighty Thames, we walked to a bench seat, close to Marble Park, overlooking the bank side where we could check out the mostly motley display of moored ‘Tupperwares’. How can they be fit for prime moorings? I know aesthetics is in the eye of the beholder and it is not my role to judge the non-movers and shakers. Blah blah.

I spotted a water-rat on dry land reaching for the sun so I pointed it out to Della. With no hesitation and in “I’m on to it” style she disappeared chasing the rat down the steps to the River Thames. I heard a splash bigger than any water rat could make. Chris and I walked in the direction of the steps and Della appeared shaking water off her drenched body. We laughed and she was like it was all in a day’s work.

Back to Braunston and in time for one last Historic Boat rally view.

Monday, the next day, a glorious day weather-wise we moved on to the straight and wide Grand Union Canal below the Calcutt Locks.


So quiet, so pretty, so sunny.

Posted by The Blondinis afloat at 09:09