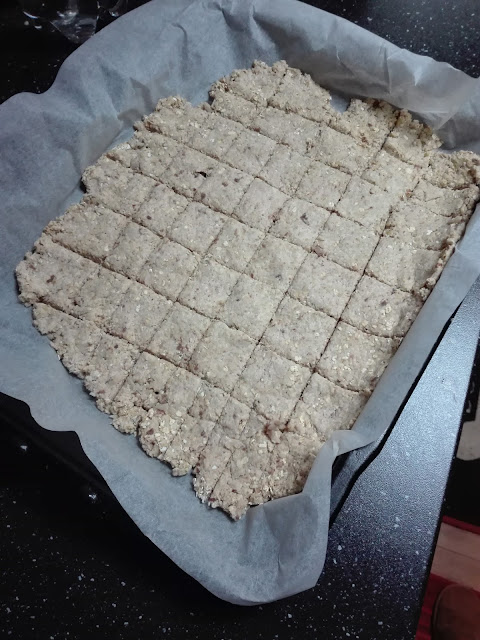 I’m planning this to be my last cruising blog for 2016. There has to be a time to finish this one, we are off to España in a week’s time driving our red car down to the Costa Blanca for 5 months in the winter sun. If you are interested in an off the wall Blog about how we cope in Spain send me a comment por favor. There are a number of poor canal cruiser-people who leave their boat in the natural fridge of England while they chill out in Spain.

DB was moored for a couple of nights at Gas Street while I took in the city buzz. There are lots of places to visit as well as shopping and we will return to Birmingham, maybe next year.

We cruised out of Gas Street and turned to port at the Canal roundabout (?Three-Ways) onto the Lock-free Birmingham Level Mainline. We saw Nb Areandare moored with their NZ flag flying, and we were greeted with waves and a fleeting chat as we passed them. Earlier this year we had met on the Shroppie and the Staffs & Worcs Canal, the world of boating gains familiarity with cruising!
We had @ 6 miles until turning to the Netherton Tunnel Branch Canal. There are heaps of Canals around Birmingham, some of them lead to the Canal Network and some are loops off the main canal. Lots of history involved and we were moving to ‘the Black Country’, where the heart of industrial England lay. 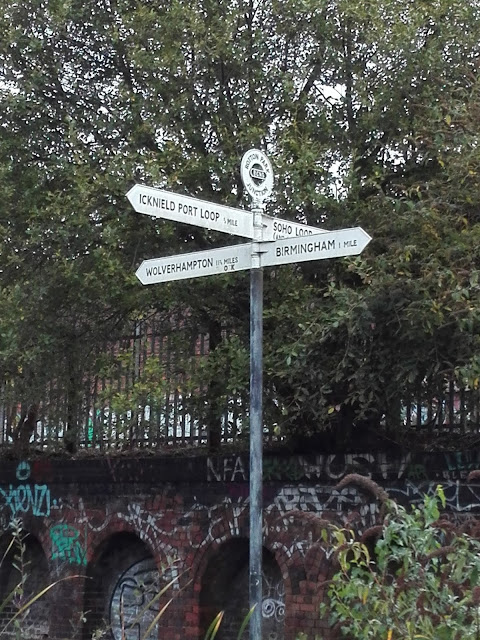 I’m not a historian more a feeler that life existed before I visited and then the times were changing and still they keep changing, becoming fodder for the media to feed negative vibes to Jo Public.
The Netherton Tunnel (3027 yds) was opened in 1858 to ease the delays in the Dudley Tunnel and has a towpath, either side, running through it.

I agreed that Cpt would helm this one as I thought I could make dinner for later while we were in this black hole. Occasionally I heard water falling; this was when we went under ventilation shafts. As far as tunnels are concerned this is a good one, no traffic coming the other way when we passed through, and no walls close enough to rub along if DB’s steering got confused! The poorly ventilated Dudley Tunnel (3154yds) does not traffic to use engines and passage must be booked to either be towed by an electric tug or if you are really keen you can ‘leg’ it like they did in the ‘old’ days. No thanks...as the song says ’All I need is the air that I breathe’. Life was a killer in those days.

The light at the end of the Netherton Tunnel was bright and the wooded valley was coloured with trees shedding their autumn leaves. The area is known as Windmill End and Bumblehole. We were on the Dudley No2 Canal and made our mooring for the night close to the Visitors centre. The Dudley No2 Canal terminates at Hawne Basin, Halesowen and we weren’t going to cruise the 2 ½ miles this trip. 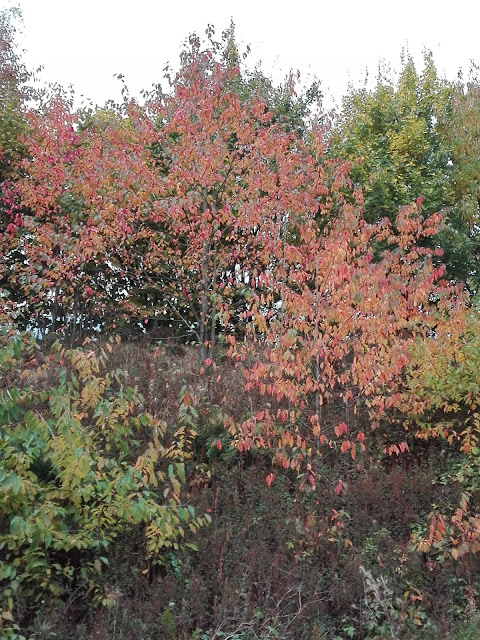 A Nb that we had met when we began climbing the Lapworth Locks (Stratford-upon-Avon Canal) moored up near us at Windmill End. It’s a small world. We, on DB, took off early in the morning as we hoped to get to the Staffs & Worcs Canal but we knew it would be a day of heaps of Locks. We did 25 Locks, that day! It is a lot of Locks to work through but we don’t see it as hard work.  One day sitting on your bum with nothing to do will be hard work.

The working of the Locks is now divided between us as we take turns steering DB. The first Lock was at Blowers Green, a deep 12’ Lock.  We are entering the area of former Glass industry. We were chatting with a gongoozler and our Nb friendlies who might have been following us appeared. So we got on with the job of getting down the Lock and moving through Dudley town to Ninelocks as we wanted to keep ahead of them. We were on the move and they were close behind.


Another stretch to breathe before 16 Locks which seemed to be eating into our day! 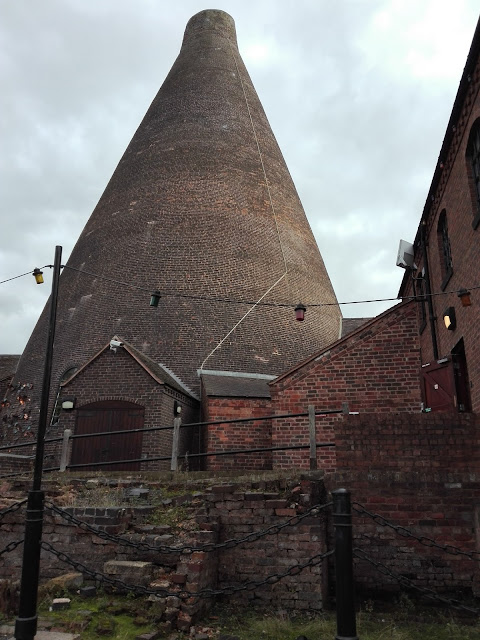 The days are definitely shorter and we gave up hope of getting to the Staffs & Worcs Canal that day. I don’t see the joy in cruising in the dark so we cruised along the Stourbridge Canal until we moored at the first mooring site we saw. It felt like it was dusk and then the late afternoon sun came out.

All was good. I really like the rural moorings but not the muddy towpath when it gets walked into DB. It’s not that bad as the warmth inside the boat from the fire soon dries the shoe and paw prints up.

The last leg of our journey were the final Locks to Kinver and the hope that we would get a decent mooring before we move to Ashwood Marina on the 31st October. So we are at Kinver, have an optimal mooring and the red car is nearby slowly getting packed for España. I drove it to Merry Hill Shopping as I had to get my mobile phone working with me rather than against me. Merry Hill Shopping is huge and no charity shops, probably.

Meanwhile back on DB we have finished decorating the cabin sides, for this year. What a great installation idea, creative Cpt came up with and he stayed focussed on getting it finished. We are getting 100% favourable comments about it and it brings a smile to the faces of people of all generations. No paint was involved!!

I winded DB at the nearest winding hole, it was the first time I had done this manoeuver
since I did a 63pt wind on Avalon Mist a few years ago on the Macclesfield Canal. It was easy this time. Cpt gave me verbal instruction and we could head back to Kinver where we'll overstay until Sunday. I'll take DB to Ashwood Marina which is about 3 miles away and Cpt will take the car. He'll meet me at the 4 Locks along the way but if he doesn't make it due to the remoteness of the last 2 Locks, I'll manage.

OK that’s it; Della’s biscuits are baked and time to get strumming on my Uke.

Posted by The Blondinis afloat at 07:21