The cruise from our mooring near the Maple Cross sewage works to the bottom of the Hanwell locks near Brentford is worth comment.

Our day began under sunshine and clouds with a chance of rain. The first Lock of the day had two boats, a 40 ft Narrowboat and a 24 ft Tupperware boat at the ready to enter. I’m guessing their length but suffice to say we could have all shared the Lock. She, who owned the ‘tupperware’ was not agreeable to sharing the Lock with us and brought damage control into the equation when the maths clearly added up that there would be room for all three boats.

“I’m really sorry” she said “I’ve only owned my boat for 2 months and I’m worried your boat will squash it.”

“Okay, it’s your call. We wouldn’t touch let alone squash your boat. Sharing locks is necessary to conserve water but it is not the end of the world” I said.  ‘Precious moo.’ I thought. 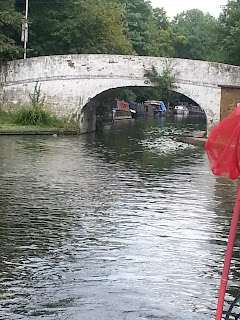 I worked the Lock for them and refilled the Lock for DB. Eventually we were underway and at the next Lock we met up with Shirley and John on was it Nb Prospero? I remember the people names! I had met them the day before when I was walking Della and I had hoped we would be able meet up with them.  We shared a number of similarities with our lifestyle adventures. It was a good pairing and we hope we’ll meet up again.

We parted company at Bull’s Bridge where they turned onto the Paddington Arm of the Grand Union Canal and we continued on towards Brentford. There were 10 more Locks to go through before we would get to Brent Lock. We were on new turf. I was surprised that there were C&RT volunteers at the Norwood Top Lock and I was happy. I left them to work the Lock for DB and I took off, on foot, to get the next Lock set. I saw a volunteer speed past on his bike. I didn’t see him again. Must have been his 1600hr curfew. 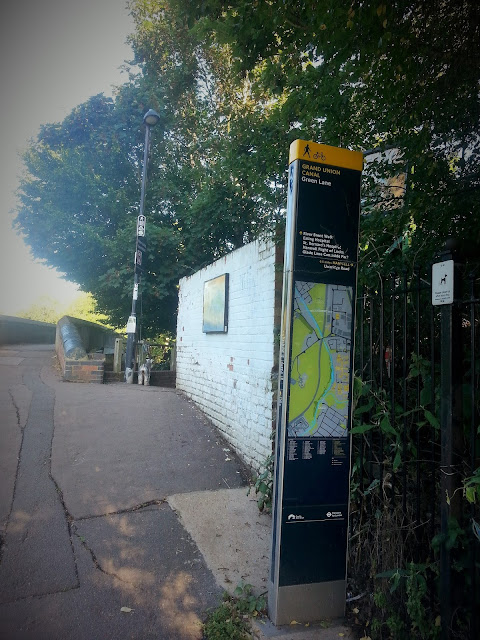 About two hours later we were in the penultimate lock of the Hanwell Flight and a Narrowboat was in the Lock below on its way up the flight. 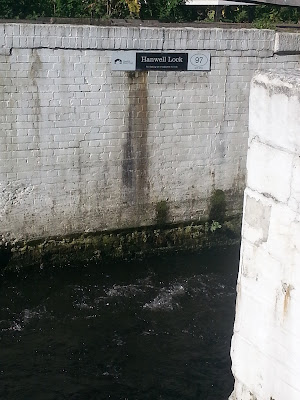 The person who was waiting to work the lock had little to say apart from telling me that we needed to keep to the right when we left the bottom lock as we may get 'grounded'. The same warning was given to me from the skipper of the waiting boat. I passed the message to Chris. We, both, couldn’t understand why boats were moored on the towpath side, the side we had been warned to avoid. 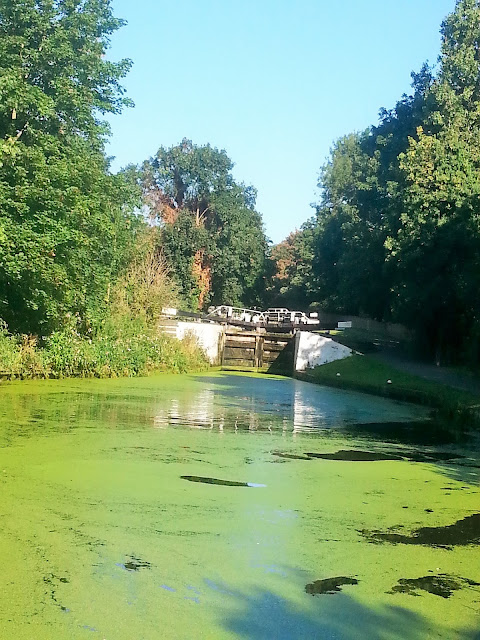 Little did we know that the River Brent had flooded 24 hours before and a sandbank was, now, hidden under water. Long story gets longer. We ran aground. We couldn’t move backwards or forwards or sideways. We were stuck. Chris carried the long pole to the Bow and attempted to push us back with me giving the throttle a burst in reverse. No go. I walked the gunwhale to the Bow and had a poke with the pole. Deep slush with nothing solid to poke into. 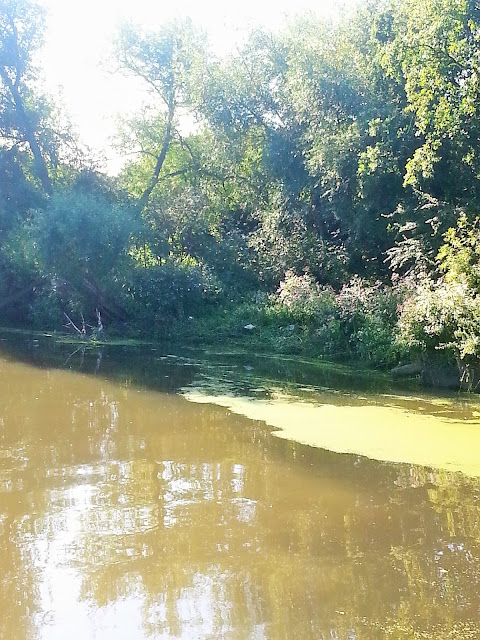 We were fortunate that friendly gongoozlers were keen to assist with refloating us. The only way we could get moving was to throw a rope from the stern. This meant the gongoozlers had to rip their way through a field of overgrown weed and pull the long rope we threw to them.

Phew we were freed. 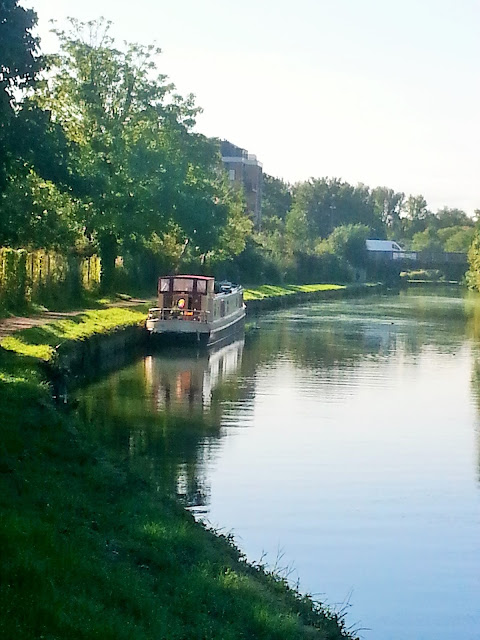 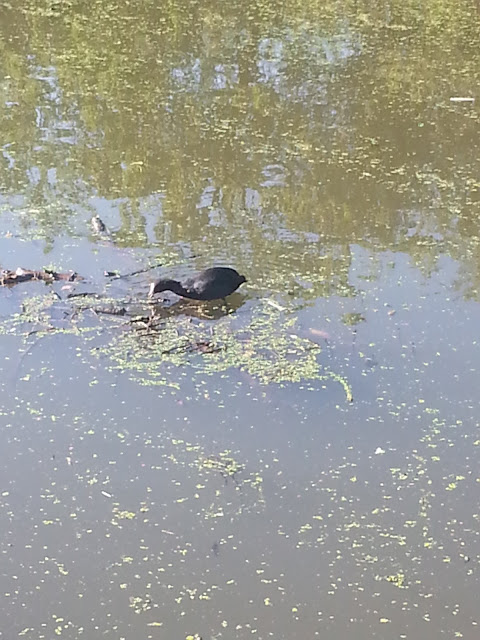 Posted by The Blondinis afloat at 04:58