FREEBIES ON THE THAMES

The River Thames from Shepperton to Oxford was likely to be the same as our journey last year.

Our first night away from the R. Wey and we tied DB to the Thames free 24 hour mooring rings near the outskirts of Weybridge. No sign of the Dunkirk boats, this time.
We were a short walking distance from a private footbridge over the Thames to Eyot House built for Richard D’Oyly Carte on D’Oyly Carte Island formerly known as Eyot Folly. Eyot House and the Island were recently sold in the region of £4m. There was a small marina business but this no longer exists and no boats are moored on the Island.  Mr Richard D’Oyly Carte was producer of the Gilbert and Sullivan comic operas as well as founder of the Savoy Theatre, and Royal England Opera House and he founded the D’Oyly Carte Opera Company. I hadn’t thought about Gilbert & Sullivan operas in many years but I remember laughing with my grandparents as they shared their enjoyment of these mini opera parodies with me. We must have gone to a movie theatre to watch the Mikado and others. So long ago and so before the techno age!

Desborough Island is a large artificially created Island next to D’Oyly Island and open to Joe Public so a perfect Sunday ‘circular’ family walk, that is Me Him & Della.  Many steps later we were close to DB and we met Merryl and Jonathon, lovely people who were sitting on a bench with a river view, a few yards from our mooring. They had been doing a mega Thames walk from Hampton Court and then we appeared and we chatted together for ages.  We hope that our paths will meet again.

The weather forecast predicted rain and Chris and I agreed to put up the wheelhouse canopy and cruise the Thames rain or shine with it in situ. That was a good decision as we can be fair-weather sailors under cover! We cruised up to Shepperton Lock before 0900hrs, Monday 14th September, and the ‘Self Serve’ Lock sign was showing. This means Do It Yourself. It’s all press button automation with straightforward instructions. I prepared for my multitasking responsibility which included carrying my aluminium telescopic boat hook to be used in hooking DB’s Bow rope to wrap around the in Lock bollard. I arrived at the Lock operation box as the Lock Keeper on Duty was opening the pedestrian gate. He had to get himself set up for the work day and we agreed I would get pressing the buttons to open the Lock Gates. A Lock volunteer  arrived and my Self Serve duty was over. It is necessary to have a boat securely held, fore and aft, as it rises in the Lock. The force of water entering the Lock is substantial and as the levels rise the ropes need to be loosened accordingly. At this Lock, we also needed to get a Thames River License and the Lock Keeper was very helpful. It turns out he is familiar with the area of Spain we will be wintering in.

DB was now legal on the river with a 7 day license. When we got to Staines there were easy moorings and free overnight ones to boot. But we were keen to get past Windsor. I went to a nearby supermarket for milk, probably, and ended up with a couple of bags of stuff. When I went to pay my ‘plastic fantastic’, of choice, was nowhere to be found in my wallet! Thinking back to its last foray was Shepperton Lock and I was pleased to find out that I had left it in the card machine at Shepperton Lock. This really annoyed me but on the positive side it was there and when I spoke to the Lock Keeper I asked him if there was any boat in the Lock who might be heading to Staines. Yes there was a boat on its way; the ‘Lockie’ knew the person and said he was trustworthy. The boat would be passing us in a couple of hours! We reluctantly but out of necessity stayed put. My card was delivered boat to boat and we could get underway.

As the first boat to arrive at a Lock in Self Serve mode, I saw it as my baby. Two ‘Tupperwares’ and a holiday rental Narrowboat arrived and I took on the unwritten etiquette of Lock responsibility. Mrs Lady on the Narrowboat was keen to see how the Lock worked. I asked her if he boat had a ‘Bow’ rope. She said it does but the boat company had seen use the middle and stern ropes if there is only one person on the boat.

“Der, but there are two people on your boat.” I said.

“Your boat is longer so you probably need to use the rope at the front.” She said.

The lock is now filling and her Mr Hubby is struggling holding the middle and stern ropes. Their boat went a bit diagonal. Not the end of the world and not worth getting helpful. A Lock Keeper has since told me

“The Lock Keeper is responsible for safety in the Lock. If people are not acting safely then the Lock operation will not be carried out. The boat company is responsible for boat damage.” It doesn't help me with the 'grey area' of Self Serve etiquette. 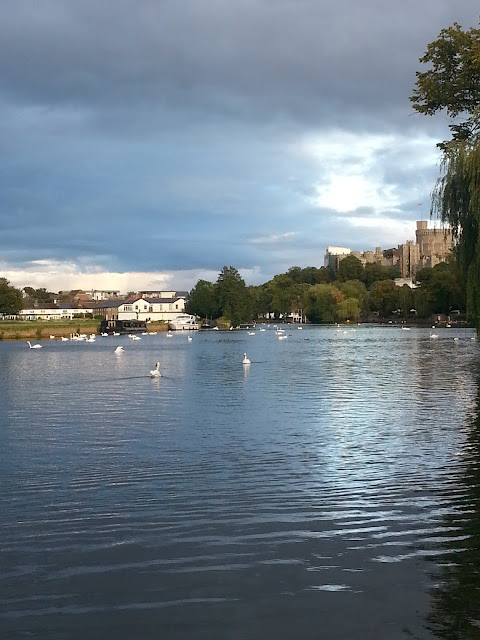 A few hours later we were moored in Windsor, late enough in the day that no-one, whoever they are not, was collecting mooring fees. Result!

A few days later in River-land we came across a Narrowboat that had gone the wrong side of the green buoys and become grounded in shallow water. We tried to pull him and his boat out of the shallows but without success. He called out he was going to phone ‘River Rescue’. I hope he is free again! Colours are symbolic but I’m confused. The grounded Narrowboat was heading downstream and the green buoys were in line. How was he supposed to know to keep outside the buoys? How did we know? Maybe we knew because we could see him stuck!

Be wary of Buoys. They are there for a purpose. 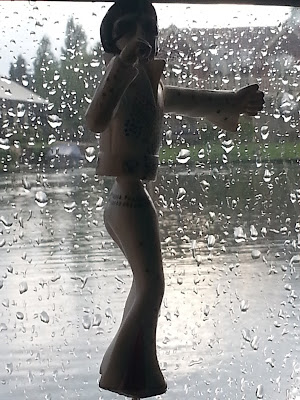 Did we travel the River Thames with free mooring along the way?

Yesterday we cruised the Thames through Oxford and turned into Sheepwash Channel and onto the Oxford Canal, mooring at Aristotle Park. We had considered carrying up the Thames to Lechlade but reports were narrow river and shallow waters and we thought ‘No’. 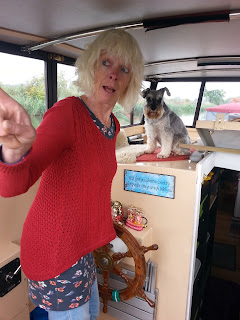 So we’ll dawdle up the Oxford Canal and be back to Braunston in early October. The Oxford Canal is notably very, very narrow after spending weeks on the Grand Union, River Wey and River Thames!

Posted by The Blondinis afloat at 09:51