The Lift Bridges and Lock obstruction meant we didn’t get to Aynho as we had loosely planned. But a field mooring where cows were our liberated neighbours was something different.

It was a new experience waking up to a cow calling to a bull in the field on the other side of the Canal. We thought an early move to Aynho would be more comfortable for us and we cruised into our hoped for 48hr mooring there. This was our chance to catch up, briefly, with our friends who host our land based mail. They visited bringing not only our mail but windfall Bramley apples, yum. I gave them my small offering of handpicked Sloe berries, the fruit of the Blackthorn Tree that I had seen growing in the hedgerow near DB.

Canal levels were higher than we had anticipated which meant we needed to keep DB’s Bow low in the water. Topping up the water tank capacity of 1250 litres equates to 1250 kgs weight in the Bow plus adding 5 x 25kg bags of coal on the Bow deck is another 125kgs. And in the Stern, the diesel was filled up to hold 512 litres (512 kgs). There you go! Chug chug we were sweet and off to Banbury.

‘Cruise Dolcie Blue to Banbury Cross
Mooring rings on chains
And Bell on the door.....'

I felt a little twinge in my lower Right shoulder when I wound the gate paddle at the first Lock. I ignored it and carried on. Banbury wasn’t far away and we got a mooring within easy walking distance of Morrisons Supermarket. The sun was slow in rising, the next morning, so we moved along the canal into town central. Only one Lock and a windlass operated Lift Bridge to operate. A youngster in a buggy clapped with his hands and beamed with joy as I wound the bridge back down. 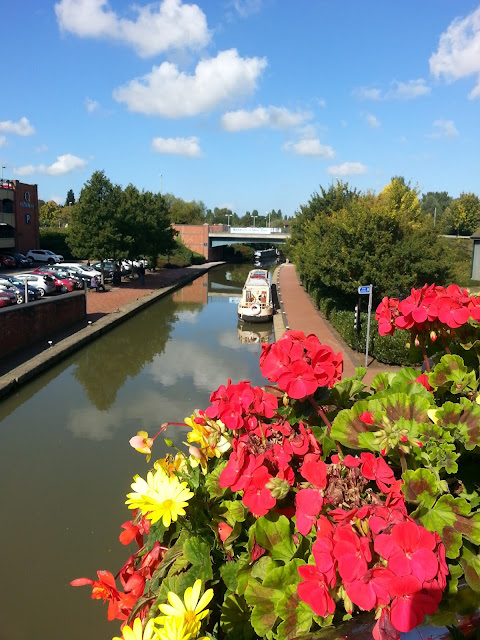 In our past visits, here, it has been near to impossible to get moorings but no problem this time and we stayed the full 48 hours.

To top this we had the light of the blood moon.

Banbury has a pretty town centre, lots of charity shops and is pedestrian friendly. There is a shopping centre close to our mooring and it was fun to do some window shopping for a change. 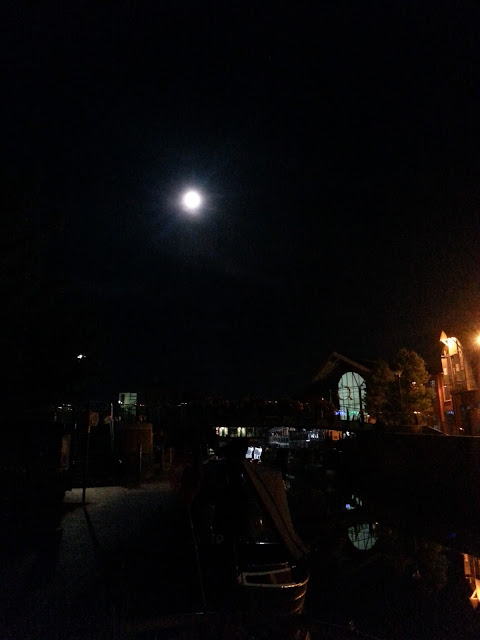 We popped into a Pub called The Reine Deer which had been recommended as a proper pub by some local Banburians. It was worth visiting and Della always gets comments. 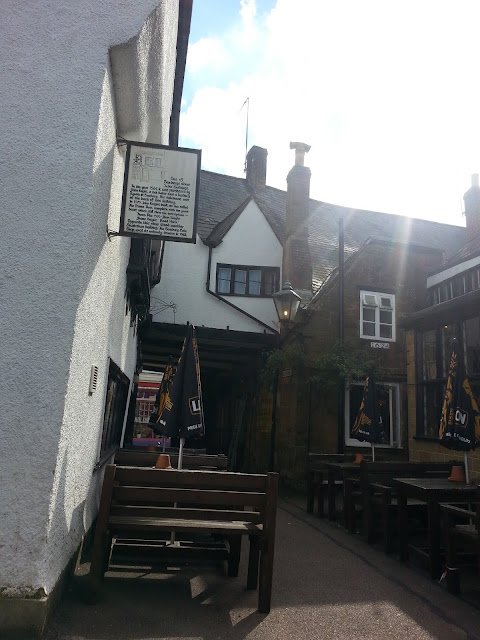 “Oh she looks just like my brother’s dog, Buster!” said a woman seated, at a table, with her family.

The name Buster and miniature Schnauzer got me asking. “Does Buster live in Oxford?”

“Does your brother walk Buster along the towpath near Aristotle Bridge?”

“We know Buster. We met him and your brother, the other day in Oxford by the Canal!” I squealed.

Posted by The Blondinis afloat at 00:43