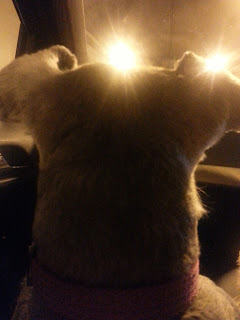 Five months away from life on NB DolcieBlue and we are safely back onboard following our non-winter interlude in Spain on the continent of Europe, I mean EU. I make a pointed reference to Europe as the ‘not as’ mighty United Kingdom is still Great Britain and the country we have returned to is England which is a mix of counties! I ask ‘English’ people here, of a certain age, if they refer to themselves as European. In general with puzzled thought they respond “No”, “I’m English”, “I’m British”, “Yorkshire”. Whatever! It makes me reflect on my feelings of my birth country, New Zealand, where I am recorded as a European New Zealander. Bah baah... I refer to myself as a New Zealander, a Kiwi, and in cultural terms a Pakeha. What a web of p.c. defining words we use now....and I remember ’sticks and stones may break your bones but names will never hurt you.’ What happened to the 3 ‘R’s Respect, Responsibility and Rugger? Then there is Risk, Remorse and the list of lost words grows.....
But I digress enough. Word on DB is ‘get over it and move on’...... 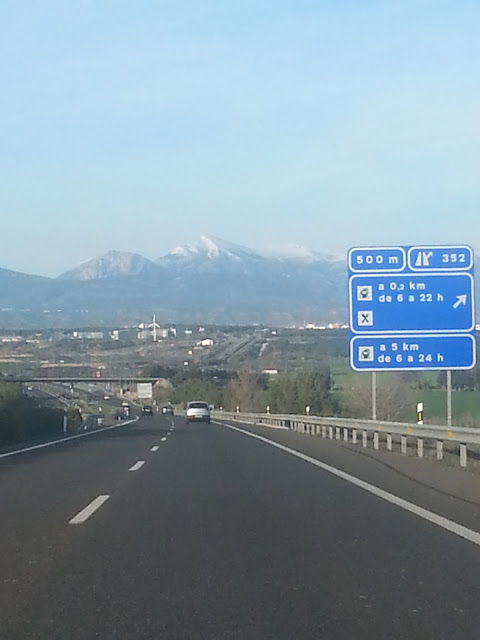 So I return to the drive of @ 1300 miles aka 2000kms and counting. It was a leisurely drive, as a passenger, and a comfortable 3 days to Dieppe. Thx to Bookings.com Chris planned a dog friendly mix of B&B and self catering accommodation in both Spain and France. 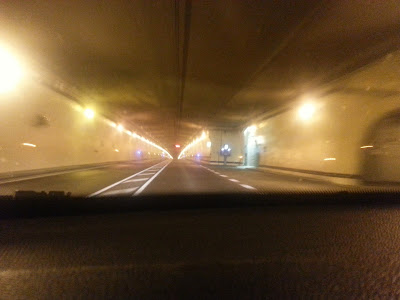 We drove a new route, for us, taking us north of Zaragoza to Huesca, in Spain, to the Pyrenees where we drove the traffic free Tunel de Somport into snow brushed southern France. 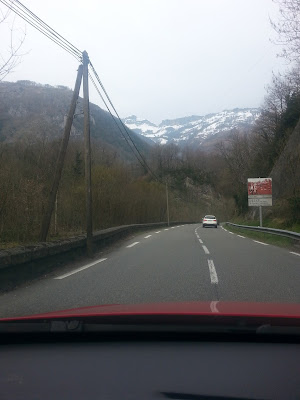 The roads in Spain are, in a nutshell, fantastic. The roads in France, apart from the Péage motorways, are not always easy to travel and the Ms Sat Nav needs to be kept in check to avoid the costly motorways. Cities are always traffic busy++ and we need to use 2 pairs of eyes, in our (R)hand drive car, to ‘easily’ negotiate them. We did have a blip with our routing and we had to ‘leg’ it from Bordeaux on the pricey-but-necessary motorway to Poitier (I drove the 130kph limit...yeeha) and then lesser roads to Saumur.

Our last night in ‘Europe’ was in Dieppe. We did a reccy to the Ferry Port as our sailing was at 630hrs on the morning that summertime started meaning that in real time we would have to awake at 330hrs to get done and dusted and checked in. There was a small encampment of ‘refugees’ (I was told...from Morocco, Albania and Afghanistan) near the ferry terminal, keen to get to England. The terminal perimeter fence was lined with barbed wire and rolls of barbed wire. The French Immigration was thorough in checking us when we went through at 500 hrs. 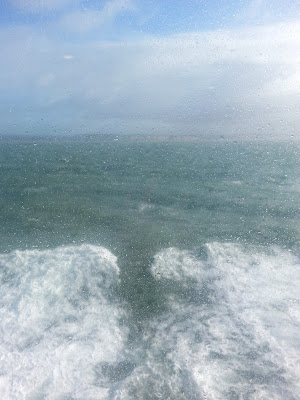 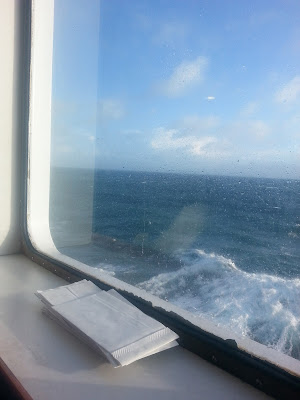 The Crossing over La Manche aka The Channel (formerly called The English Channel) was rough. The ferry needed to use its stabilisers which effectively worked while I was seated. A walk to the girly room was physically like being a ‘Drunken Sailor’. Della Dog slept the trip in the car. The Purser with the sexy ‘Froggy’ accent assured us that if she had been distressed they would have called us on the P.A system. How easy it would be to humanise how a dog must feel because if I was a dog I would be pissed off with my owners leaving me to weather such torture!!! She looked well rested and no worries.

Back on Blighty and checked by ‘Border Force’, formerly known as Border Control, Immigration, Customs....obviously necessary but, again, it is just name change and new uniforms and badges! Where are the uniforms designed? Who makes the uniforms? I struggle.......Anyway Border Control inform me that if any illegals get caught, they are sent back to France!

Moving on.... Back on land and we drive to Hove to meet ‘our’ Keith from LA (Little Hampton) for breakfast at trusty Wetherspoons. The only available nearby parking was an empty line of parking for Disabled Parking (‘Blue Badge Brigade’)! So to follow the rules we drove round and round until we stumbled upon, I mean we drove into a supermarket Car park. It is Easter Sunday and most likely that parking rules are not being reinforced while chocolate being eaten.

With our bellies fuelled we set off into the traffic in the direction of the M25, and my phone suddenly started getting random message alerts about congestion hotspots we were heading towards. So much traffic, of course meant accidents and breakdowns but were par for the journey around the outskirts of that place of minions, I mean millions what is bleedin’ called LONDON. It took us forever to get to the M25 and to leave it.

Back to earth, we made it to the A40 which upset Ms Sat Nav and all she could bleat out to us was “Turn around”! She didn’t give up until we were on the M40 and allowed her to direct us cross country to the M1 and on to the country roads which took us home to DolcieBlue at Debdale Wharf.

The country lanes were muddy edged but the sight of swelling leaf buds getting ready to burst on the bare trees, the green fields, the new spring lambs and yellow flowers of the daffodils gave a calm ending to a long journey.

Then we saw the majesty of our DolcieBlue.

Posted by The Blondinis afloat at 05:51